One of the biggest questions we get from Buyers is if moving in early to a property can be given.  I’m going to start with an answer that reminds all that every situation is different and this is not legal advice, and should consult their own attorney,  and even add that such is USUALLY NOT a good idea.  There can be circumstances, with the help of a properly drafted Amendment where such MIGHT be ok.  MIGHT.

The reality is there is the potential for so very much to go wrong with such early occupancy, such as:

Most relocation companies do not allow early occupancy.  In fact, I do not know one that allows for such.  I also remember the real life accident that happened in the Fox Valley many years ago.  A Buyer wanted early access from the Seller to refinish some hardwood floors before moving in. The way I heard the story is the Seller declined and the Buyer was disappointed, but then hired the floor refinishing company  to come in immediately upon the sale and transfer.  What happened then was tragic – One of the two employees that came in to sand down the floor with a power sander came too close to the fireplace.  I’m not sure if the sander was gas-operated or how, but there was an explosion and one of the two contractors died.

We realize such tragedies are rare, but as one insurance company notes, mayhem does happen.

Below are historic documents and are for educational use only. Nobody should consider these documents as advice of any kind.

As always, the information featured here is of general nature and should not be considered by anyone as advice on a particular fact situation.

Read top issues in this general article including: Early Occupancy and Lead Based Paint


All facts and situations differ.

Best or Top ideas regarding early occupancy and lead based paint for real estate in Wisconsin. 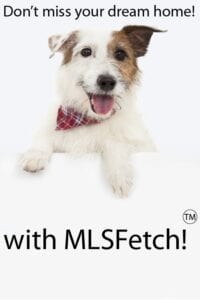